What to see in Brittany

La Bretagne (which is Brittany in English) is one of the most visited Northern France regions complete with deep secretive forests, historical cities, rich culture, fabulous food and imbued with Celtic legends. Located in North-Western France Brittany is an immensely popular destination for both British visitors and where many ex-pats move to live in France.

A land of Celtic myths and legends the area has a fascinating history entwined with Celtic groups from Cornwall, Wales and of course the Breton culture of Canada.

The Brittany region offers endless sightseeing opportunities and authentic local experiences. Plan your trip with our list of the top attractions and best places to visit in Brittany.

Rennes in Northern France was a must-visit for me as I wanted to wander the ancient streets with all those glorious coloured half-timbered houses. Known as a city of heritage and art its historic centre has preserved its classical and medieval heritage with over 90 protected buildings.

Place Ste. Anne is the very heart of the old town of Rennes and a favourite spot for photographers and Instagram influencers the medieval centre around the Place Ste-Anne holds around 286 incredible coloured half-timbered buildings. In 1720 there was a fire that burnt down most of the city but this area of cobbled streets and crooked houses was re-built.

Off the Place Sainte-Anne, you will see the rue Saint-Michel which is nicknamed the Road of Thirst because there are dozens of bars all along the street which are frequented by the many students who make their home in Rennes. On the Rue Saint-Michel, you will note there is a bar every 7 metres which is a French record. A small cobbled street that has existed since the Middle ages it is home to 13 bars and the place to hang out in the evening in Rennes.

In Rennes, you will find everything from fabulous museums, opera and theatre along with gorgeous parks, amazing architecture and medieval history. Oh, and the food of Brittany is served to perfection here in Rennes.

St. Malo dates back to the 1st century B.C. under Roman control, taking its name from a 6th-century abbey, and the inhabitants even considered themselves “Malouines” rather than Bretons. Long sandy beaches sweep east from the old town to the district of Rothéneuf. Here you’ll find the former house of one of St Malo’s most famous sons, Jacques Cartier, who discovered Canada and the 15th-century Manoir de Limoëlou house a fascinating museum dedicated to the explorer.

The city’s pirates wreaked havoc on shipping in the 18th and 19th centuries. The town was made an Asylum town in the 12th century, making it the perfect safe haven for pirates and privateers. They lived like gentlemen in the town but ranged the seas and oceans robbing and raiding.

In 1944 the Allies all but bombed the walled city into rubble. The result was that Saint-Malo has been rebuilt in bits and pieces, with some reconstructed timbered structures alongside faux-Neoclassic and modern architecture. You can walk around the walls of the city and definitely visit the 12th-century Cathedral of St. Vincent (whose 15th-century steeple was destroyed in 1944 by Allied bombing and took three decades to restore).

Fougères owes its origin to its imposing castle, installed over a thousand years ago on a rocky outcrop surrounded by the waters of the Nançon river which served as a natural moat.

The town falls into two distinct halves, with the Chateau de Fougeres and the Medieval Quarter being in the lower town and quite high above is the upper town which has been largely rebuilt following a fire in the 18th century.

The medieval old town sprung up to the south of the castle around the River Nançon whose waters were used by the cloth-makers, dyers and tanners; tanning was a by-product of cattle breeding, which was a major industry in the surrounding area. The prettiest and most atmospheric part of the old town is Place du Marchix, which is lined with half-timbered houses.

At the far end of this street is St Léonard’s church whose bell tower is open to the public in summer and offers fabulous views over the castle and surrounding area; at other times of the year, the views from the adjacent gardens are almost as good. You can also see the stunning Theatre Victor Hugo whose Belle Epoque architecture looks like a wedding cake.

Vitré has it all 15th and 16th-century half-timbered buildings, cobblestone streets, medieval gates, stone cottages built into the slopes and a fairytale castle.  Dating from the 13th century the castle has pointed turrets and these days houses a museum where you can learn about the history of the area and admire a collection of 19th-century curiosities.

Vitré’s most famous resident was Mme de Sévigné, known for her letter-writing, who spent a lot of time at the Château des Rochers-Sévigné on the outskirts of town when not in Paris. The manor now houses a museum, which displays objects from her life, and don’t forget to explore the superb garden designed by Le Nôtre, the man who created the gardens at Versailles.

One of the most beautiful places in Brittany in the North of France is the Côte de Granit Rose or the Pink Granite Coast. It is a remarkable area filled with pink sand and rock formations.

The Côte de Granit Rose extends for more than 20 kilometres from Plestin-les-Grèves to Louannec. The best way to appreciate these unique pink rock formations is to hike by the coast.

There are several trails along the coast, but the best place to hike the Côte de Granit Rose and where we opted to hike is in the Côtes-d’Armor in the Perros-Guirec Municipality.

This is an easy 5km hike passing through beautiful landscapes sculpted by erosion. Along the trail, there are several charming beaches like Plage de la Bastille and La Plage Saint Guirec. Plus a cute lighthouse, Phare de Men Ruz, which was our favourite part of the trail. Along the way, there are several spots to grab a bite or have a picnic.

Mention Cancale to any foodie and they will immediately think of oysters. Famed for its breathtaking views over the Baie du Mont-Saint-Michel Cancale produces over 15,000 tons of oysters a year. At La Ferme Marine which is a family run business, you can visit an exhibition of shellfish and see the oyster farmers at work.

Surrounding Cancale’s port La Houle you can try the king of shellfish literally pulled just from the sea and eat watching the waves. Book a cooking lesson at the Culinary School of Olivier Roellinger a retired 3 Michelin starred Chef.

You will also find some great walks along Brittany’s coast and some fabulous beaches.

Dinan is an incredibly well preserved medieval town set on the River Dance and it managed to escape much of the damage caused by WWII. Many of its buildings date back over 700 years.

A wonderful town for a stroll you can take a long walk around the ramparts and enjoy the narrow streets filled with the wonky half-timbered buildings on the Place des Merciers.

Plenty of outdoor cafes with terraces can be enjoyed for food and drink. The Old Quarter Clock tower provides amazing views if you can take the 158 stairs up. There is a Rail Museum for those who love model trains. If you are in town on a Thursday go and enjoy the outdoor market which has been here for hundreds of years at Place Duguesclin.

Dinard is a seaside resort on the Emerald Coast and is famous for its Belle Époque architecture and over 407 listed villas. A favourite beachside holiday for the British in the 19th century and today Dinard is famous for its mild climate and beautiful beaches.

There are beautiful walks along the bottom of the cliffs or you can stroll like the Victorians taking the sea air along the Promenade au Clair-de-lune to admire those incredible villas.

Saint Pabu is a small town located in the north of France close to the city of Best. You can reach St Pabu in around 30 minutes from Brest so it’s a great day-trip destination. You can definitely spend a few weeks here if you have time because there’s a lot to see and do in the area.

St Pabu is small and only has around 2000 permanent inhabitants. However, because it’s so quiet you won’t have to worry about tourist crowds. St Pabu is authentic and the perfect place to get to know the real Brittany. Try some authentic dishes from the area such as the Gateau Breton or the delicious cider that is produced in the area.

St Pabu sits right by the ocean and is known for having one of the best beaches in the area. If you haven’t visited northern France you’ll be surprised how incredible the beaches here look.

St Pabu hosts a weekly market where you can shop for fresh produce and local products. During the summer, sometimes little town festivals with live music and lots of delicious food to try.

Come and join us at our naturist retreat in Northern France. 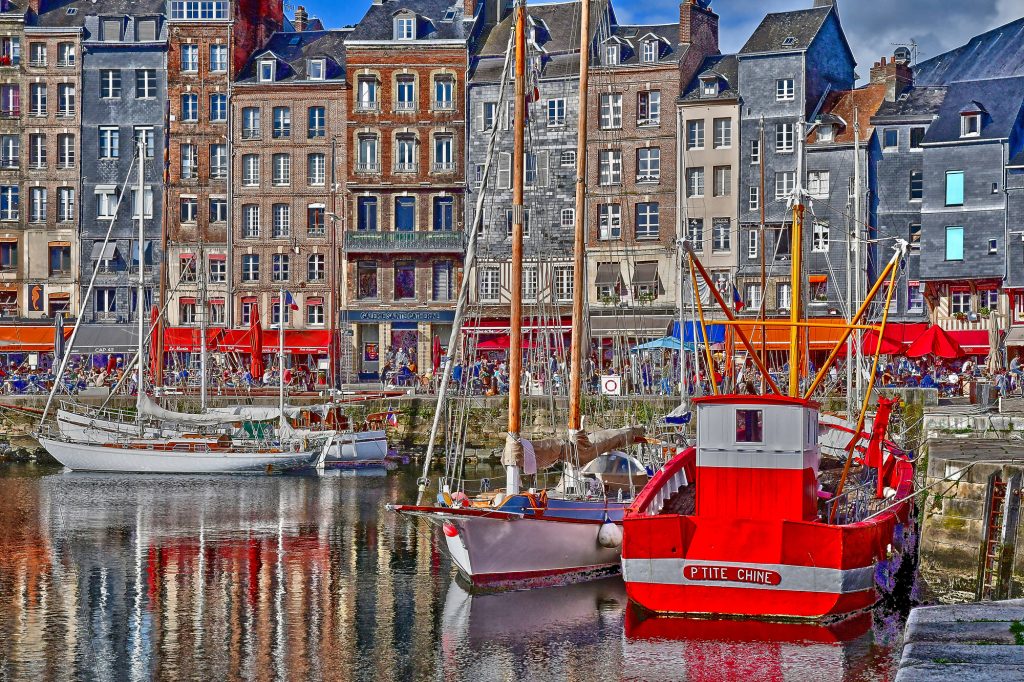 La Petit Cretouffiere is an adults-only naturist retreat a camping, glamping and clothing-optional BnB on the borders of Brittany, Normandy and the Pays de la Loire, France. Visit us at our naturist camping in France site.

Manage Cookie Consent
To provide the best experiences, we use technologies like cookies to store and/or access device information. Consenting to these technologies will allow us to process data such as browsing behavior or unique IDs on this site. Not consenting or withdrawing consent, may adversely affect certain features and functions.
Manage options Manage services Manage vendors Read more about these purposes
View preferences
{title} {title} {title}